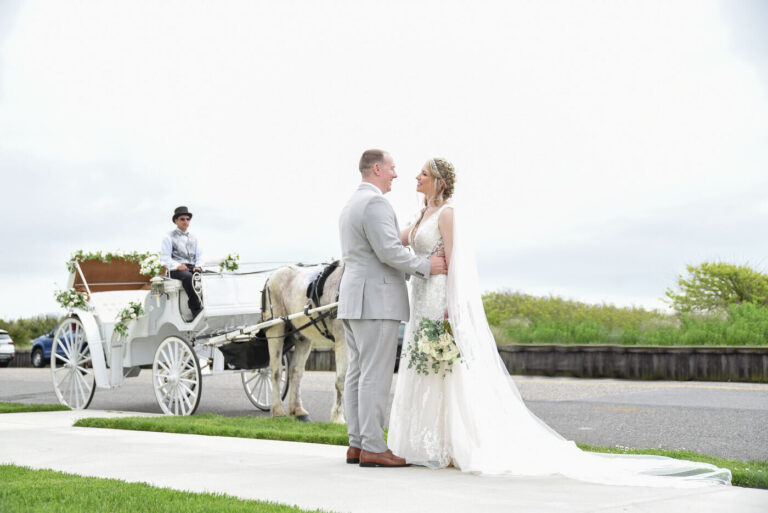 The Inn of Cape May at Aleathea's Restaurant 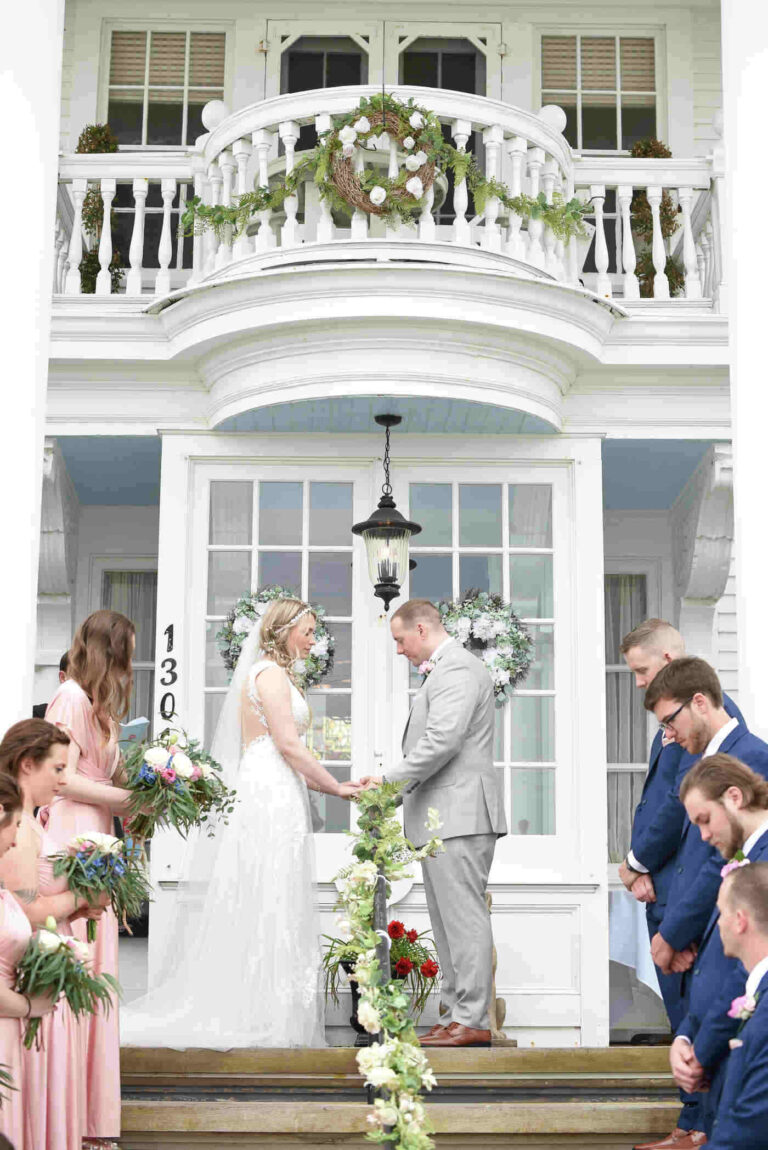 Ally and Alex met in their hometown at Souderton Area High School through mutual friends. After some time, Alex began walking Ally to class every morning, started hanging out, and began to form a friendship. Although they lived in a small town and thought they knew everyone, they were surprised to find out they only lived down the street from each other! The two frequently visited a park together halfway between their houses, hanging out on the swings and talking about life, which only brought them closer. On June 11, 2010, Alex invited Ally to meet him at the park and showed up with a bouquet of roses in hand. He asked Ally if she wanted to go out with him, and she said yes! Immediately after, Alex fell into a bush behind them, which the couple still laughs about it to this day.

After college, the couple did long distance between New York and Pennsylvania for two years before buying a house together in Pennsylvania. On June 11, 2017, their seventh anniversary to the day, Alex had another big question to ask Ally while they were on vacation in Cape May. The couple vacationed in Cape May at The Inn of Cape May every year since they were 18, so Ally didn’t think much of their trip and wasn’t expecting Alex to pop the question that weekend! In the past, Alex never had much interest in climbing the stairs to the top of the Cape May Lighthouse, so when he suggested it that day in June, Ally was surprised, but agreed! When they got to the top, Ally stopped to look out at the water, but Alex grabbed her hand, got down on one knee, and proposed. After a romantic speech Alex had prepared, Ally said yes! The two spent the rest of the day with Ally’s parents, who came down to Cape May to celebrate the proposal.

A few nights later, Ally’s parents took them out to Peter Shields Inn for dinner to celebrate their engagement. After an evening of fine dining and incredible food, the couple fell in love with Peter Shields Inn and knew it had to be the place they would get married. The couple was able to secure their wedding date and rented out the entire inn for their family so all their guests could enjoy the town they loved. During the planning process, Amy, the wedding and event coordinator, made the entire process so easy and helped every step of the way to ensure the couple had their dream Cape May wedding.

The night before the wedding, Ally and Alex had a rehearsal dinner at The Inn of Cape May at Aleathea’s Restaurant with 45 guests. They ate incredible food and had an enjoyable experience in a place that grew to be so near and dear to their hearts. After the rehearsal dinner, the family went back to Peter Sheilds Inn to decorate and spend time together before the big day. At the end of the night, Ally and Alex practiced their first dance in the entry hall at 3 a.m. before they headed to bed.

On the day of the wedding, everything went smoothly! The couple had their ceremony on the steps of the inn before heading inside to enjoy the rest of the night with their family and friends. As a surprise for Alex, Ally’s parents organized a horse and carriage for Ally’s grand entrance. Alex had absolutely no idea, so he was shocked to see Ally ride in for the first time before she walked down the aisle! At the reception, guests raved about the food and the staff made the day as easy as could be. Plus, Ally is a pastry chef, so she made the wedding cake to add her own personal touch to the day. Everyone had an incredible time and Ally and Alex are already planning to celebrate their first anniversary at the Peter Shields Inn.

“It was a fairytale,” Ally says. “It was everything we could have dreamed of and more.” 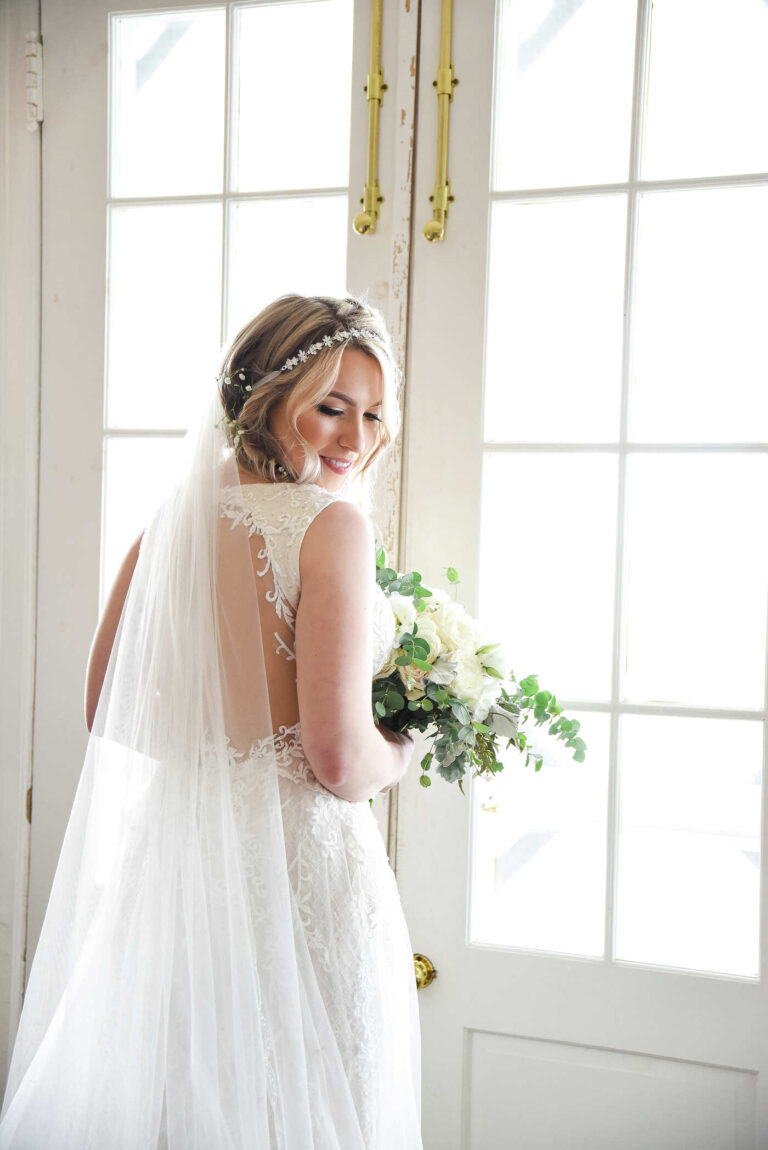 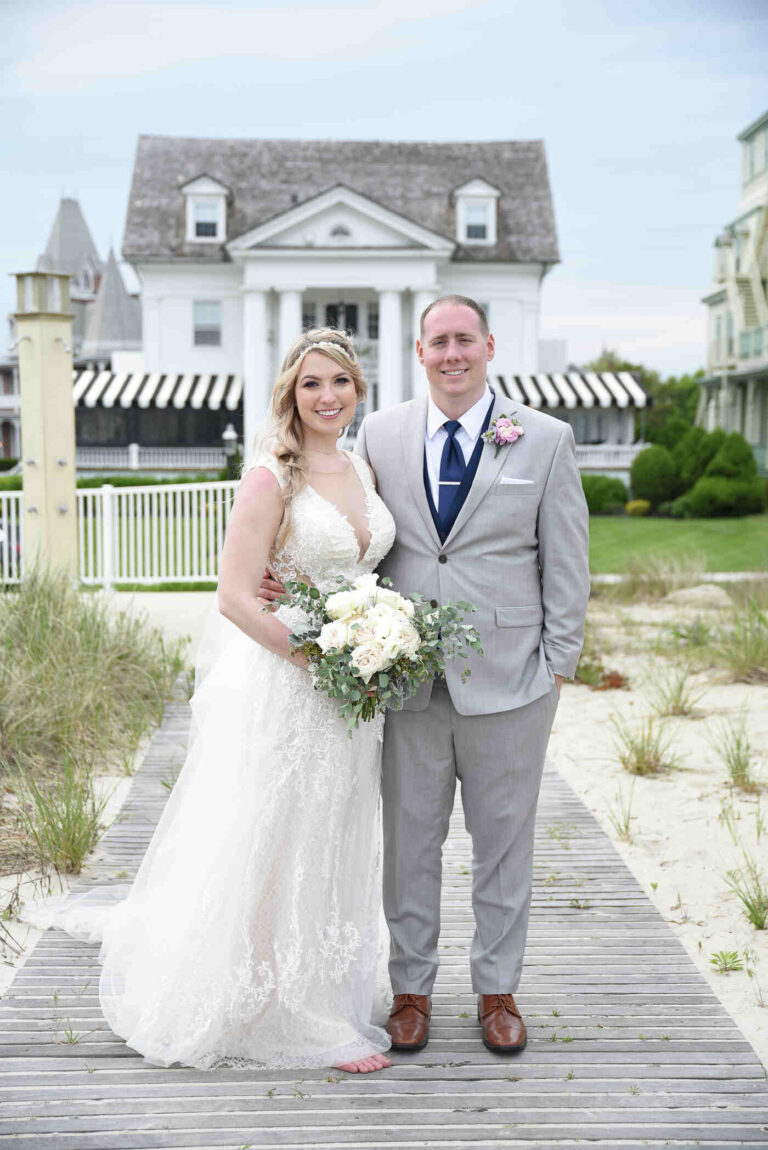 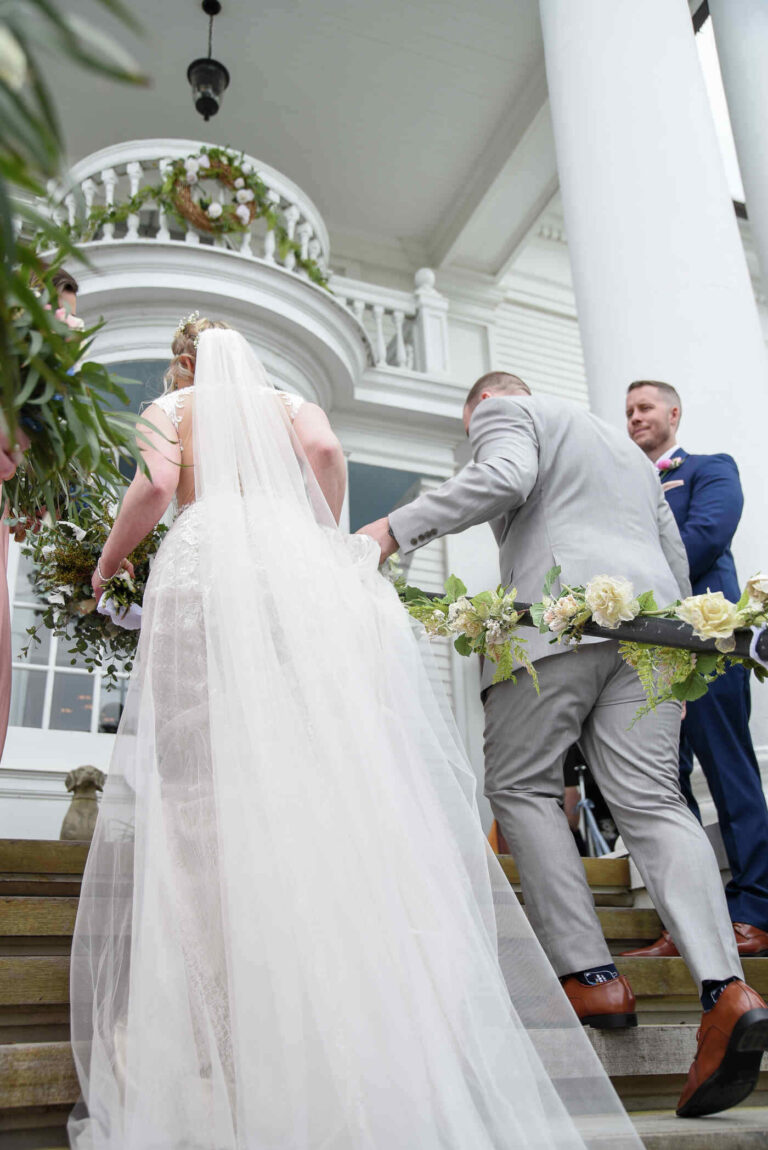 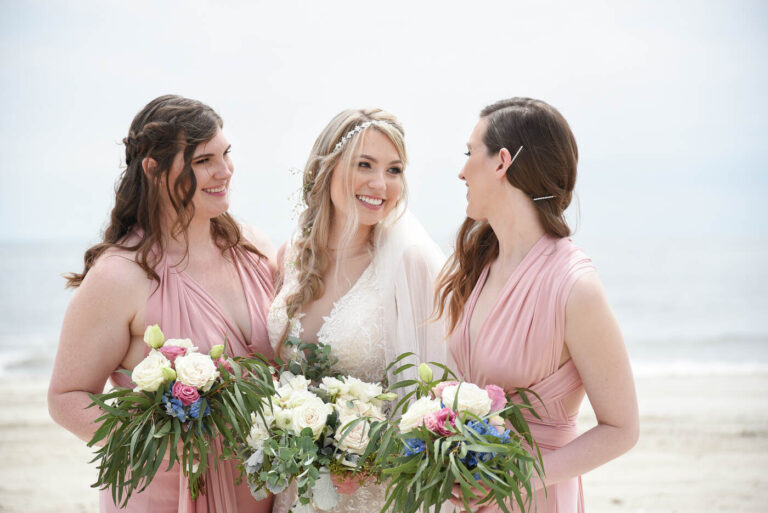 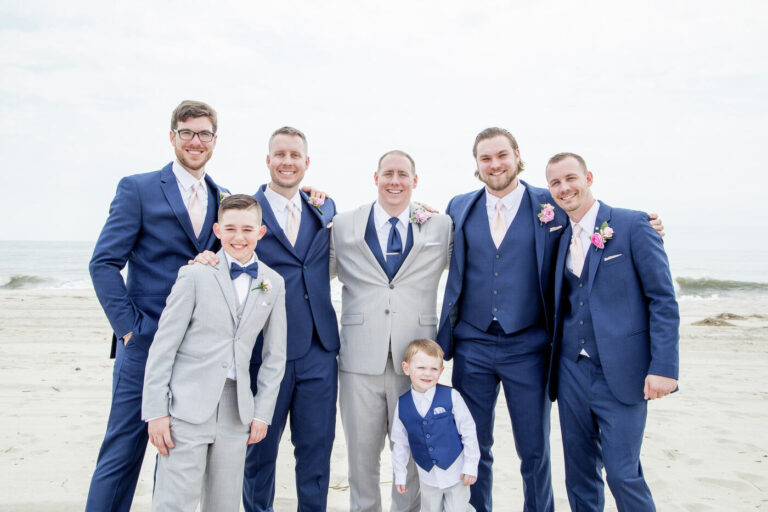 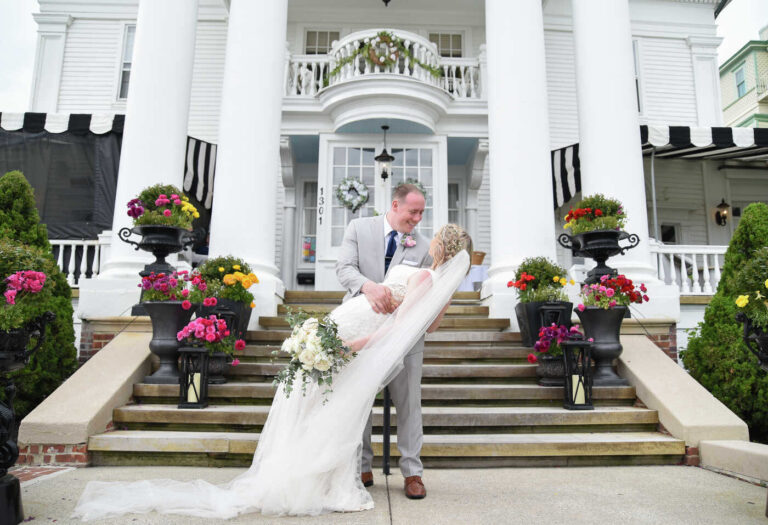 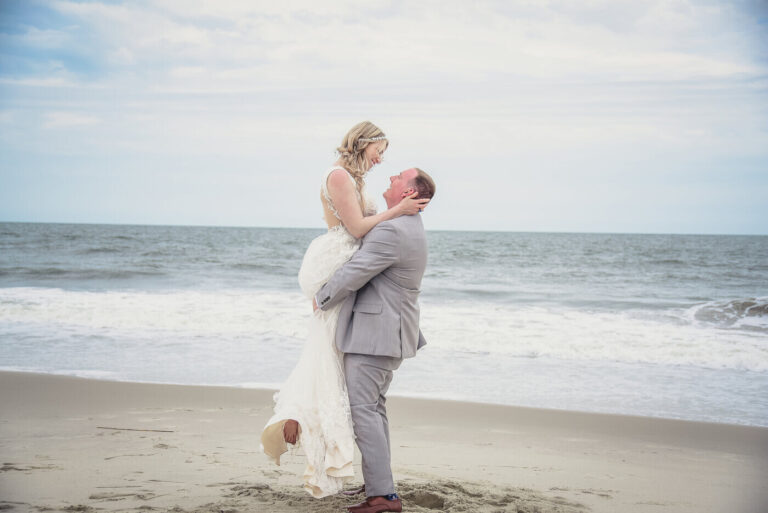