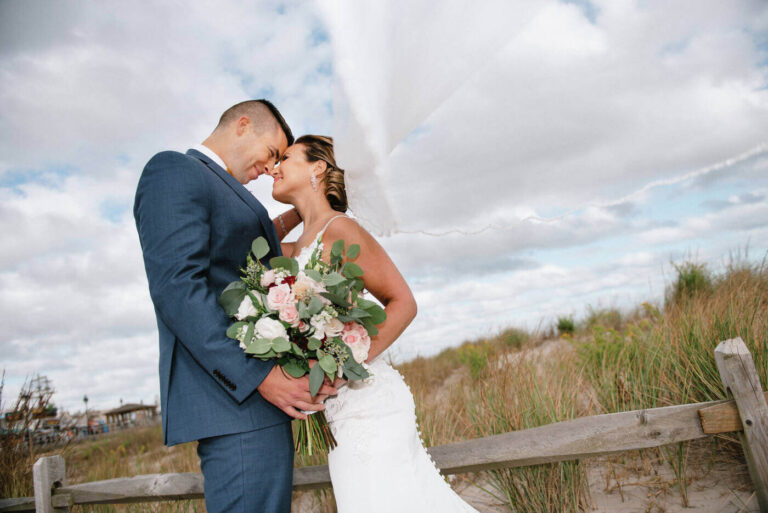 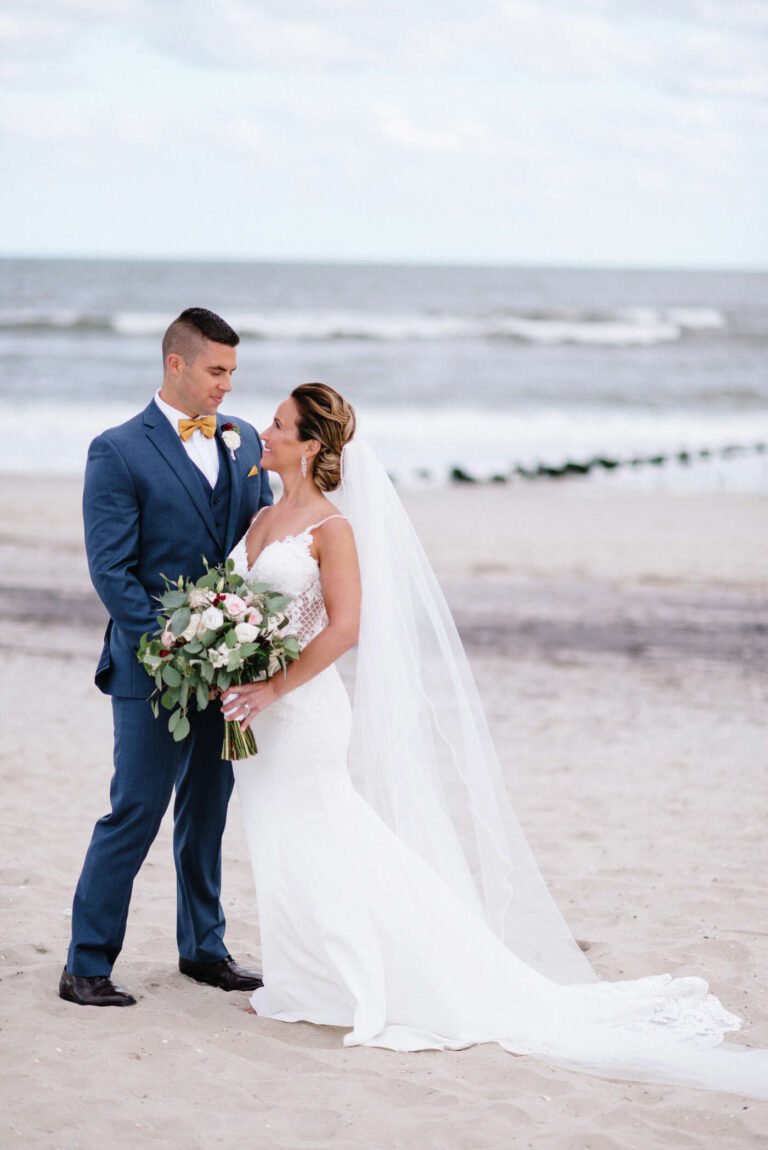 Brenna and Dan’s love story started when they were both kinesiology majors in the same biomechanics lab at Temple University. Throughout the semester, Dan sent hints that he wanted to be more than lab partners, but Brenna blew off his comments even though she was definitely into him. It wasn’t until a few months later when Dan offered to walk Brenna home from a party that they finally ignited the spark between them.

By 2017, Brenna and Dan had been together for five years. They both graduated Temple, conquered long distance, graduated from their professional schools, and were finally ready to start their lives together. In June, Dan received free tickets from a patient for dinner on the Spirit of Philadelphia and invited Brenna for a night out in Philly. The couple took the opportunity to get dressed up and headed to Penn’s Landing to enjoy the beautiful weather before dinner. As they were walking along the water, Dan got down on one knee and Brenna burst into tears! She was so thrilled about the engagement and their night out turned into one of the most magical nights of their lives. Just as Brenna was coming down from the first shock, she walked onto the Spirit of Philadelphia and saw 50 of their closest family and friends waiting to celebrate! Dan had lied about the tickets all along and organized a surprise engagement party instead. Their night was full of love and smiles, which was the perfect way to start their forever together.

While Brenna and Dan grew up in very different areas of the east coast, they had one thing in common: their love for Ocean City, New Jersey. They both have fond childhood memories from days down the shore, so it only made sense to spend the most important day of their lives in a place they both loved.

A week after they got engaged, they made an appointment at The Flanders Hotel to make their dream wedding come to life and fell in love with the venue.  The room was the perfect combination of elegance and class, so they met with Karen, the catering coordinator, and booked their date the same day. They chose a date two years later, which unbeknownst to them at the time, was the seventh anniversary of the night they met.

When the big day finally arrived, everything was perfect! Brenna and Dan started the day by celebrating with their closest loved ones at a local church and ended with a night of dancing at The Flanders. When they arrived at the reception, everything was beyond their wildest expectations! Karen brought their vision to life and the couple could not have thanked her more.

At the reception, the guests raved about the endless hors d’oeuvres and incredible dinner before they headed out to the dance floor to move to the fusion DJ’s music. Instead of a classic wedding cake, the couple opted for a smaller cake and cupcakes from Chocolate Face Cupcakes & Brownies. The cakes were delicious and exactly what Brenna and Dan wanted. By the end of the night, there wasn’t a cupcake left in sight!

Brenna and Dan had the most amazing wedding and were so happy with how everything turned out.

“The planning process was so easy and the wedding was just awesome,” Brenna says. “It was better than we ever imagined.” 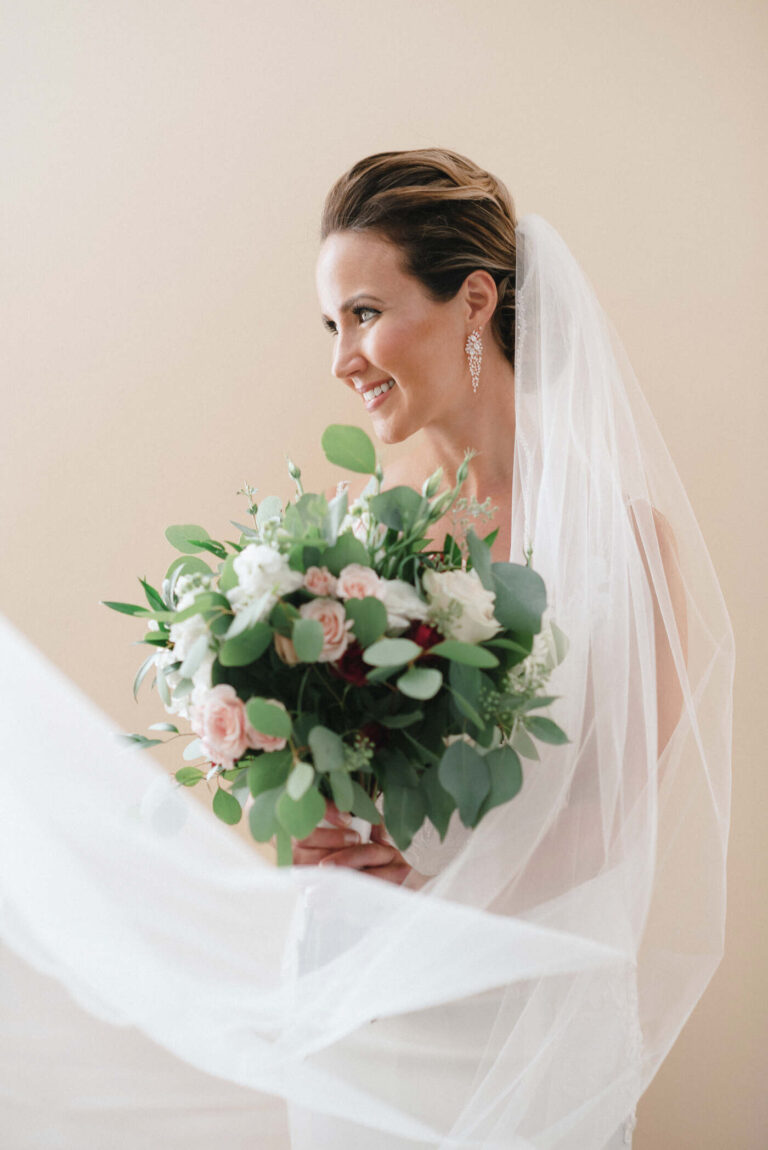 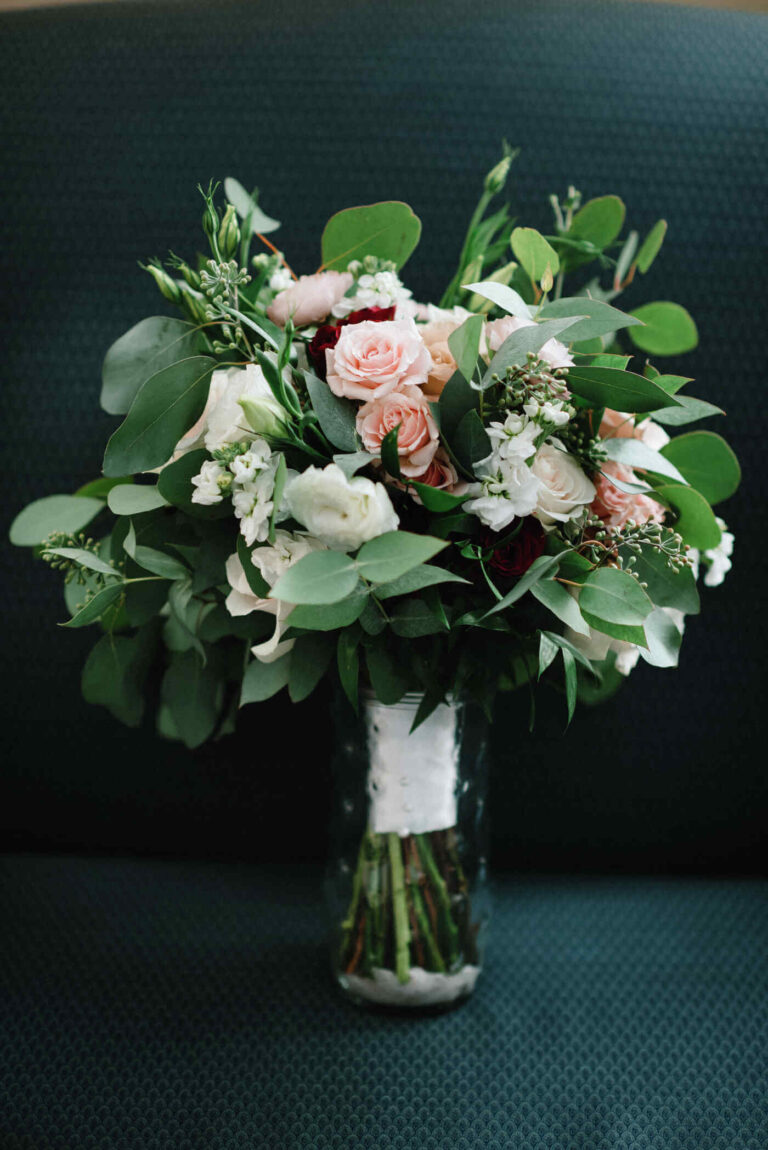 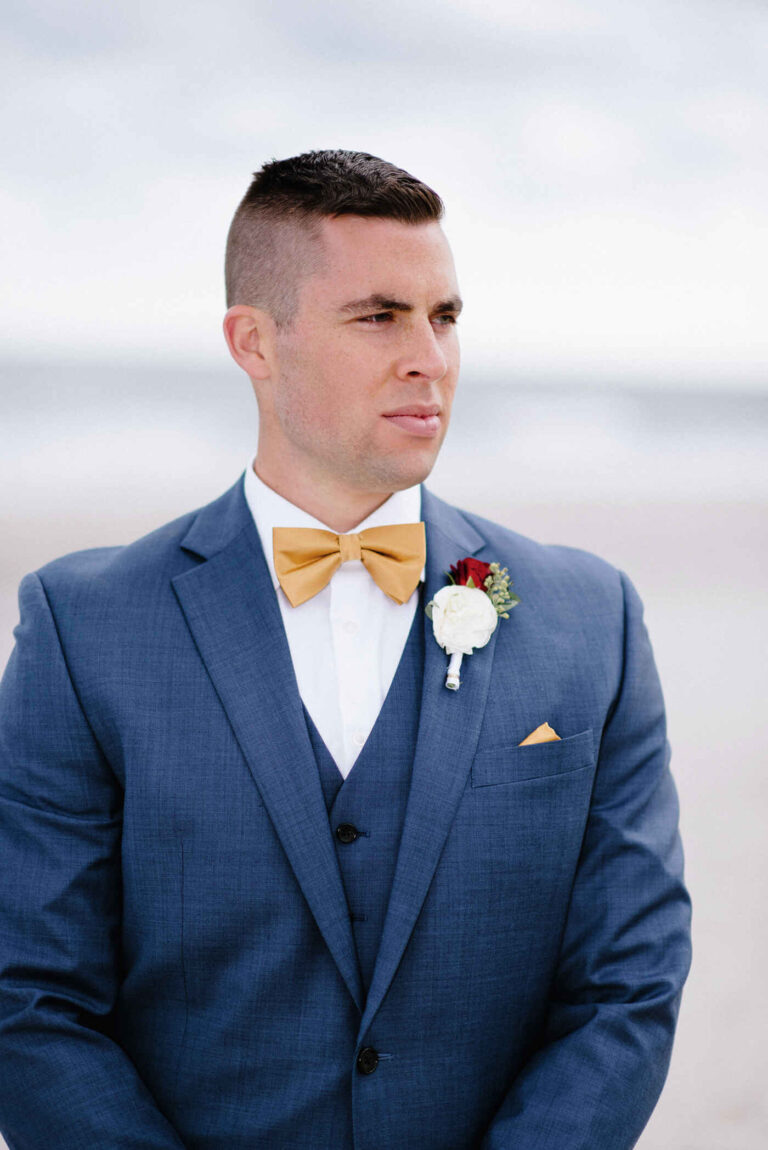 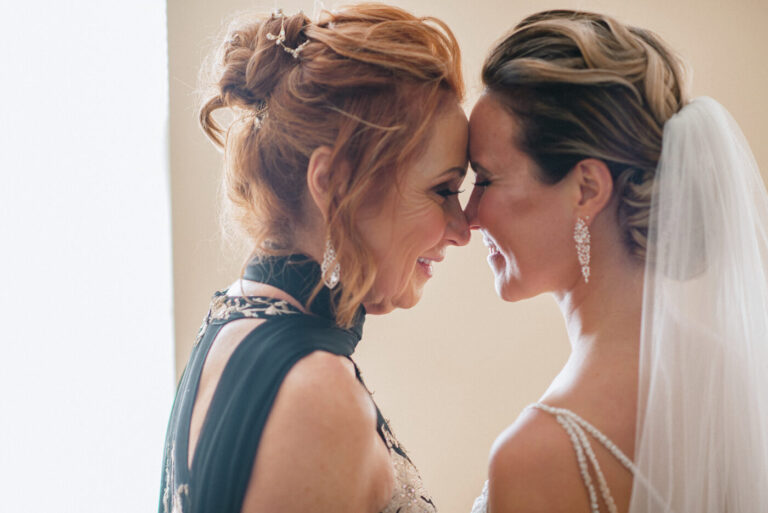 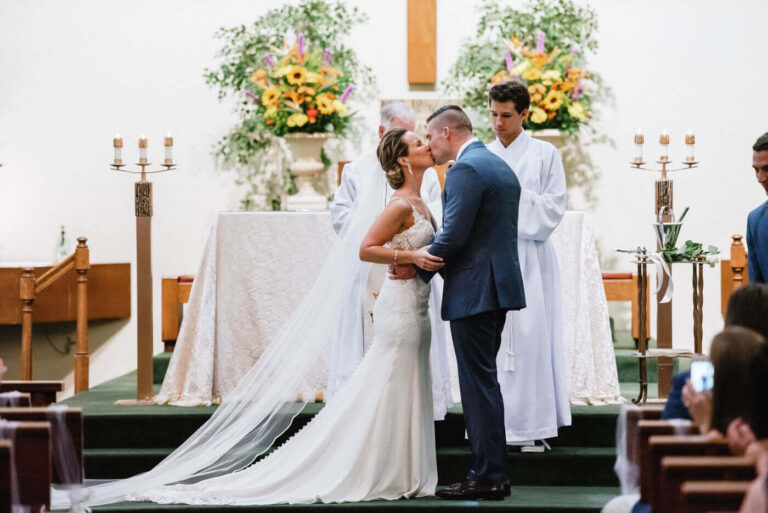 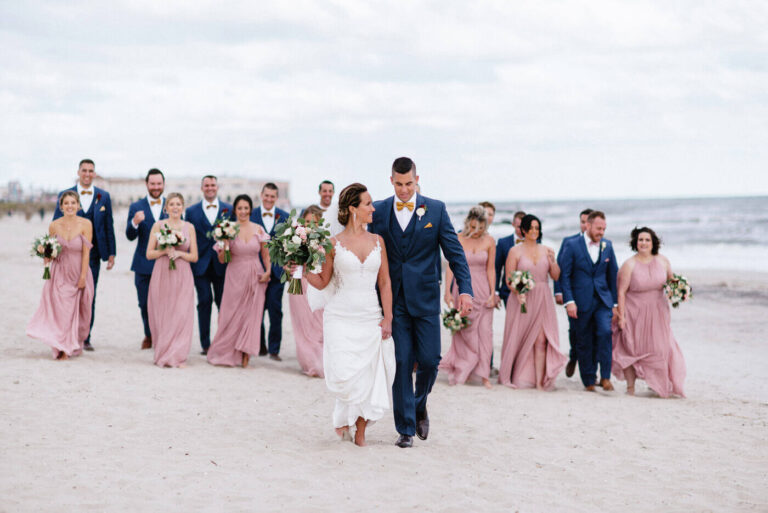 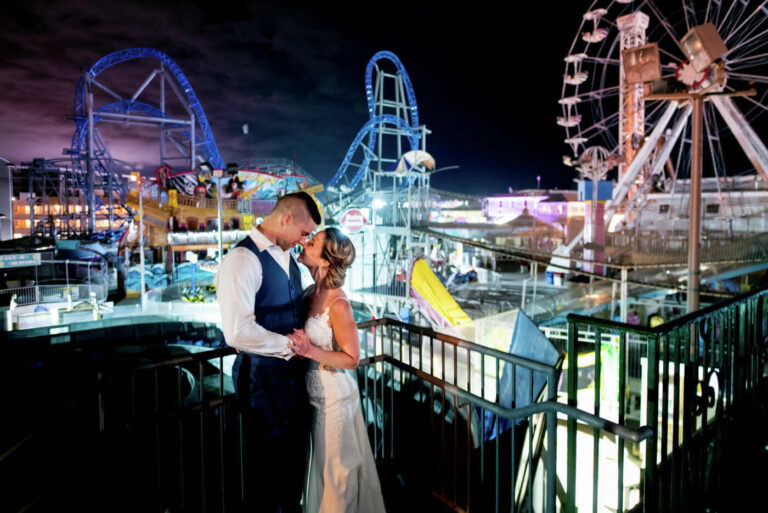 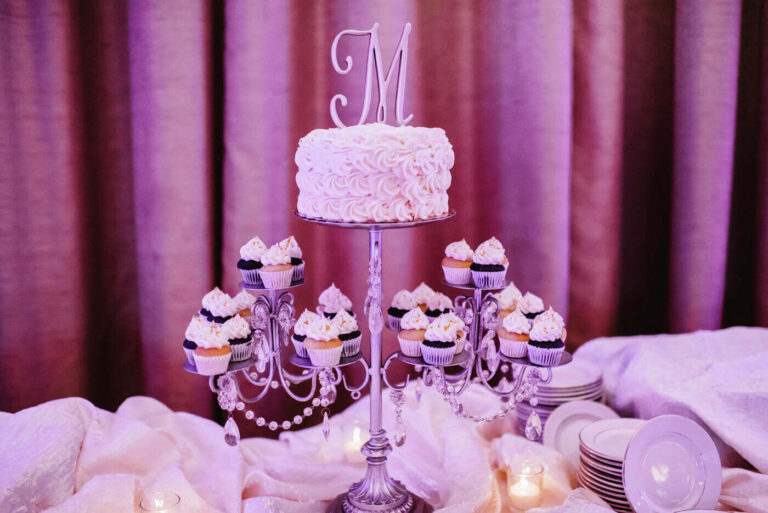